Travel in the memories of a Madman

« Travel in the memories of a Madman » 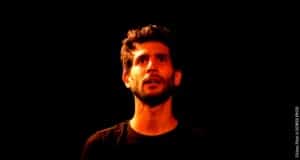 « Travel in the memories of a Madman, an extraordinary journey that takes us away from this world, but also closer to home, our own life, our own feelings and our own vision of the world that may seem so mad ! In a word the character of this show, is not a fool but a poet! a genie !  » Blue Marmotte

Celine P: « Are you the author of the text » Journey into the memories of a madman « , if so, how did you get the idea to write this text? A real or fictional character you he inspired you? «

Lionel C: « Yes, I am the author of this text. My inspirations are quite diverse. For the write frame the idea came to me while reading a novel by Flaubert « the memoirs of a madman. » But basically I am quickly distanced myself. After regarding the substance of the About my inspiration is simply life … Like my two previous « single stage ». It makes boat say that but it’s the truth, I hear and I see things, I am certain. I love watching and listening, I try to stay alert to everything around me. «

Celine P: « The Avignon Festival is drawing to a close, how is your first festival? «

Lionel C: « The Avignon festival was VERY well. It was indeed a first experience for me. Obviously I am in this business for several years now … Obviously my first alone on stage was created in 2005, 10 years ago. But the fact of playing at the Avignon festival was a first for me and sincerely it is a unique and unforgettable experience. Being in direct and continuous contact with the public gives truth to the acting profession as I see it. It’s really nice to go tow, defend a project that has been written, that one interpreter on stage and in which we tend to tell us things that seem vital. And then to see the audience in the hall, recognize faces that seemed dubious at the terrace of a restaurant, but who came and who are there and who love the show, and waiting for you at the exit and with whom one will drink a glass out to talk about the show. The festival is the place of all possibilities. Not only is magic but it’s really most sincerely that this business. It should not be that much, a live socket, continuous and permanent with the public. I loved this back in its place from where I see my profession. And then, we have been fortunate to attract a lot of professional. We returned to Paris with a press kit height of 6 or 7 items; and a dozen written down sales. It is the certainty of a future life of this show. What could we hope for a better creation. It’s really amazing what happened to this show. What sublime home !! Personally I can not believe it quite yet and I feel extremely lucky to live that. As I said the room has interested many professionals. So there will be dates in tours of the provinces which were recorded directly here. For the Paris resumed in September is too short for September / October but several Parisian theaters have also manifested. For the moment nothing is signed. I can not tell you when or where but yes the room play again in Paris, for sure. Probably in the second half of the season. Stay tuned. « .

Celine P: « This play is it harder to play every day, as if it were played once a week? «

Lionel C: « No, the room is no more difficult to play than the other. The only scene is a difficult exercise that requires a lot of energy and I do understand that with a maximum investment so it’s true that it’s very physical but not more than another. Besides I played here at the Avignon festival every day at 17h, while I was playing in a second to 12.30 and I tractais daily for the two parts. When you do that you can do everything! It is an exercise that I know of being alone in tray and above it is an exercise that I like … When you love … «

Celine P: « The pace of the show is very strong, I would say very physical? The festival takes place over several weeks, have you trained specifically for this? «

Lionel C: « One particular training? Yes I do. Not really for that part. But Avignon, yes! I am a very sporty. I know my body and especially I know the importance of being attentive to his body in general. So I could not throw me for a month festival under 40 degrees during which I was going to play two shows with the energy that it takes the stress it generates, without consider prepare my body. I work a lot, and have a healthy pace of life and adapted to what I do as an actor is working in my opinion. Avignon is the World Cup drama, no player involved in the World Cup unprepared mentally or physically. «

Celine P: « Travel in the memories of a madman, talking about the folly of men, how do you see Lionel Cecilio you like crazy? After the festival, so taking, so intense you even appearing in the World Cup drama «

Lionel C: « The play speaks exactly that! The folly or more particularly the madness of the world. What interests me is to understand why the world is so crazy that he eventually stereotyped and push the margin of each individual follies. This show deals with the individual face to ground. Besides one of the show’s phrases is « … frustration of the smallness of the number who suffered without flinching despotism of one. .. » I like the idea of admitting that our individual follies are healthy but the world is completely upside not allowed and we do not recognize them. Suddenly, I see myself like crazy … If the fool in this world is the one who refuses to follow the lines drawn by others for him then yes I’m crazy and I even say that I tend to cultivate this madness! But it’s funny you asked the question in this light … Do I feel crazy after the festival? Yes!! I feel more free so even crazier and simultaneously serene because I realize that is a whole army of crazy and it gives me hope!

Celine P: « Words flow like a limpid water throughout your show, an easy barrier-free for a poet. But now do you think that being a poet is to be a little crazy in this society?

Lionel C: « Yes, that’s what I say in the show. Life is an eternal now and the poets are both mad because the UFO of a world that seeks at all costs to make everything concrete. But they are also the new saviors of the world. The show says « … the poet is the prophet … » This is also why in the previous question, I told you that during this month of festival I had crossed in an army and it gave me hope. Poets are definitely there, many, great! « 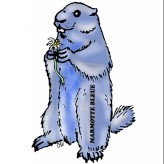